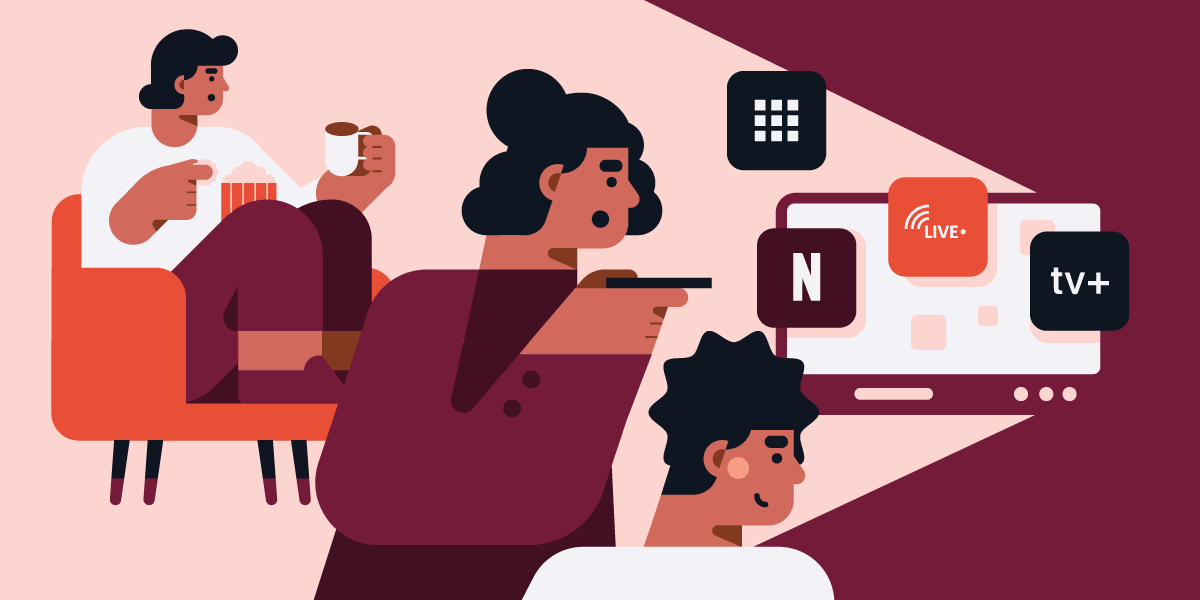 Streamed television content is an exciting opportunity for marketers to improve their digital campaigns. As you integrate streaming TV into your digital strategy, it’s important to understand how this type of content fits into the overall digital media landscape. Understanding CTV vs. OTT (connected TV vs. over-the-top) is a good start.

These two terms are sometimes used interchangeably or confused with each other. This is likely because they refer to related aspects of digital advertising for television. Both channels work in tandem to deliver ads on a connected TV device.

Understanding the difference between OTT and CTV will help you to speak confidently about CTV advertising and choose a programmatic platform like a DSP (demand-side platform) that offers the functionality you need. You’ll also be able to expand your agency offerings and create digital campaigns that perform to their full potential.

What Is Over-the-Top (OTT)

OTT is the term that describes the delivery of TV content through the internet instead of the standard, closed TV system. Viewers don’t need to subscribe to a traditional cable or satellite provider to be able to watch television content via OTT since OTT programming includes all content streamed over the internet.

OTT is delivered via a streaming or video on demand (VOD) format. Some popular OTT services include Netflix, Hulu, Crave, and Amazon Prime. Lots of well-known entertainment conglomerates are noticing the latest trend toward streaming and are beginning to launch their own OTT services. Disney’s OTT service called Disney+ launched in 2019. And, not far behind, NBC Universal launched its own OTT service–Peacock–in 2020.

What is Connected TV (CTV)

If OTT is everything you watch on Netflix or Hulu, then what is CTV? The term connected TV (CTV) describes any TV capable of streaming digital video. This includes smart TVs as well as TVs that use a device to facilitate the delivery of streaming video.

Internet-connected devices like Roku or Chromecast, and gaming consoles like Xbox and Nintendo Switch, all enable a TV to stream digital video—making it a connected TV. While this may seem a little confusing, the main concept to understand when comparing CTV vs. OTT content is that OTT content is viewed via CTV.

The Differences Between CTV and OTT

To truly understand what the difference between OTT and CTV is, let’s compare each platform in more detail. By understanding what differentiates OTT vs. CTV on a deeper level, we can better understand their role in the programmatic advertising landscape.

CTV is a subset of OTT, which includes apps and services that don’t require subscriptions to traditional cable or pay-TV services. In fact, OTT doesn’t even require a physical cable box because it broadcasts “over-the-top” of the traditional cable framework.

Here’s a real-world example to help better understand how to view connected TV vs. OTT. If a viewer watches Netflix on their mobile device, they are streaming OTT content. But what if they were to watch Netflix through a Chromecast that’s plugged into their television? In that case, they’re streaming OTT content over CTV.

Another area where both channels differ substantially is their availability. OTT programming can be served across various devices like TVs, laptops, PCs, tablets, and smartphones. CTV is only delivered by TVs, either smart TVs or TVs connected to a 3rd-party device like Roku, Chromecast, or a gaming console.

Knowing the differences between OTT and CTV advertising is important because, when used hand in hand, both channels can create highly effective digital campaigns. CTV ads can be bought programmatically, so your programmatic platform likely offers CTV as an advertising channel. This means you are running ads on CTV as a channel, but the ads are served over-the-top.

1. CTV is a growing market.

CTV ads offer marketers a way to reach cord-cutting households, which are a growing market. The adoption of CTV has been accelerating, with most CTV viewers watching ad-supported content. Viewers in the US and Europe say they prefer to watch free-to-view programming versus paying to watch the same content without ads.

More viewers opting for CTV has led to a phenomenon known as “cord-cutting.” This term refers to the pattern of viewers cancelling their subscriptions to cable or satellite television services or dropping paid television channels. According to eMarketer, more than one-third of US households will have cut the cord by 2024. Cord-cutting can also refer to viewers who are reducing the number of hours of subscription TV viewed in favour of TV content served via the internet.

Cord-cutting can be primarily attributed to flexibility and consumer control. Streamed content is generally cheaper (sometimes even free), making it more economical than traditional cable or satellite. This has consumer appeal because you can watch, and pay for, what you want, when you want.

We know that CTV reaches an engaged audience, but that isn’t it’s only benefit. CTV advertising removes the constraints of traditional television advertising, like broadcasting schedules and ad pricing limitations.

CTV also adds enhanced targeting options, inventory selection, and real-time reporting. With CTV, it’s possible to leverage similar campaign setup and targeting as other programmatic media buys like display, native, and video advertising. This means that, like with any programmatic campaign, you can assess progress against goals and metrics while a campaign is live.

One key difference between CTV ads and other types of programmatic media is the metrics to track. CTV viewers aren’t on a laptop with the ability to click right away like they would a display ad. Therefore, using CTV for awareness campaigns is typically the most effective. You’ll want to track the performance of a CTV campaign through metrics like video completion rate (VCR) and cost per completed view (CPCV).

Another interesting trend is that we’re beginning to see a resurgence of QR codes as part of an overall CTV strategy. When you embed a QR code into an ad shown on CTV, your audience can pull out their mobile phone and scan the code to visit your landing page. With QR codes, you’ll be able to track the traffic directed to your landing page via the CTV ad.

Coinbase’s 2022 Super Bowl ad is a perfect example of the effectiveness of QR codes. The company’s 60-second spot during America’s most-watched sporting event consisted of a QR code bouncing around the screen—a subtle nod to the DVD screensaver image of the early 21st century. After scanning the QR code, the user sees a landing page offering them $15 in free Bitcoin for opening a Coinbase account.

The ad skyrocketed app downloads by 309% immediately after the airing of the ad, and an additional 289% the next day. What’s more is that Coinbase received data on every user to scan their QR code and visit the landing page. With one 60-second ad, Coinbase gained an audience of millions of users who can then be retargeted with streaming CTV and OTT marketing.

If you’re ready to add CTV to your digital strategy, leverage it to provide the awareness component of a full-funnel or cross-channel campaign. It’s a great way to bring awareness to an attentive audience, who you can then later target across other devices.

Consider partnering with StackAdapt for your CTV campaigns. Our cutting-edge platform can help you and your team leverage AI and machine learning to make the programmatic ad buys that make the most sense.

For more information on CTV vs. OTT and how you can put both channels to work for you, reach out to your StackAdapt Representative or request a demo.

What is the difference between CTV and OTT?

Think of OTT as the content and CTV as the viewing method. OTT is the programming you stream via video-on-demand (VOD) apps like Netflix, Hulu, and Amazon Prime. Connected TV, or CTV, is the device you use to watch that programming like Roku, Amazon FireStick, Google Chromecast, or a smart TV. 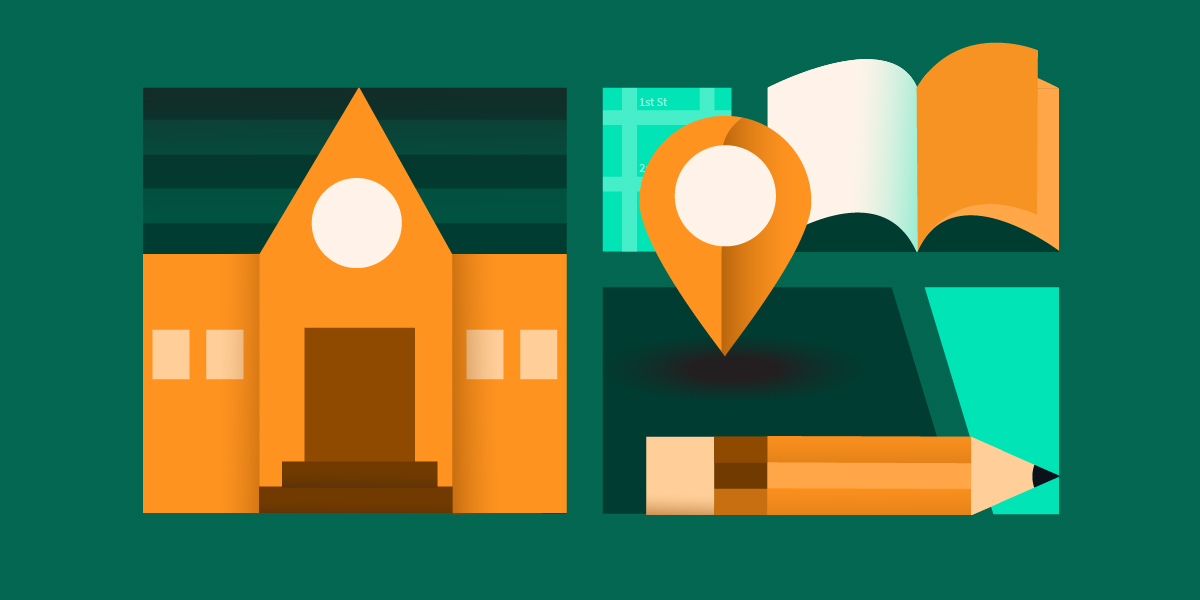 How to Leverage Geofencing in Your Campaign Strategy 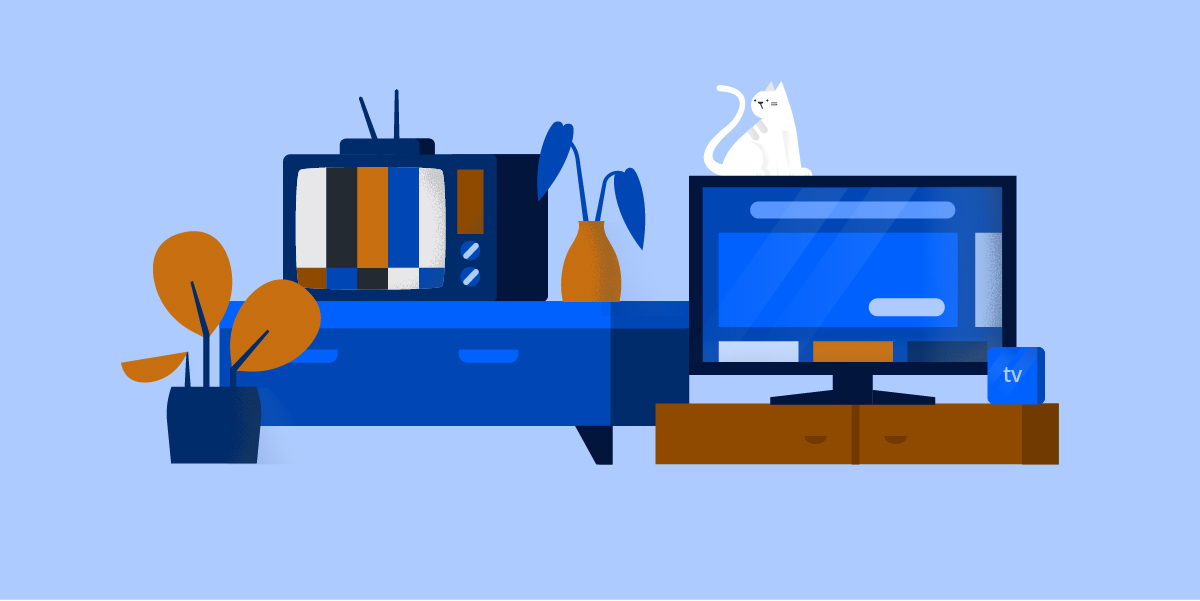 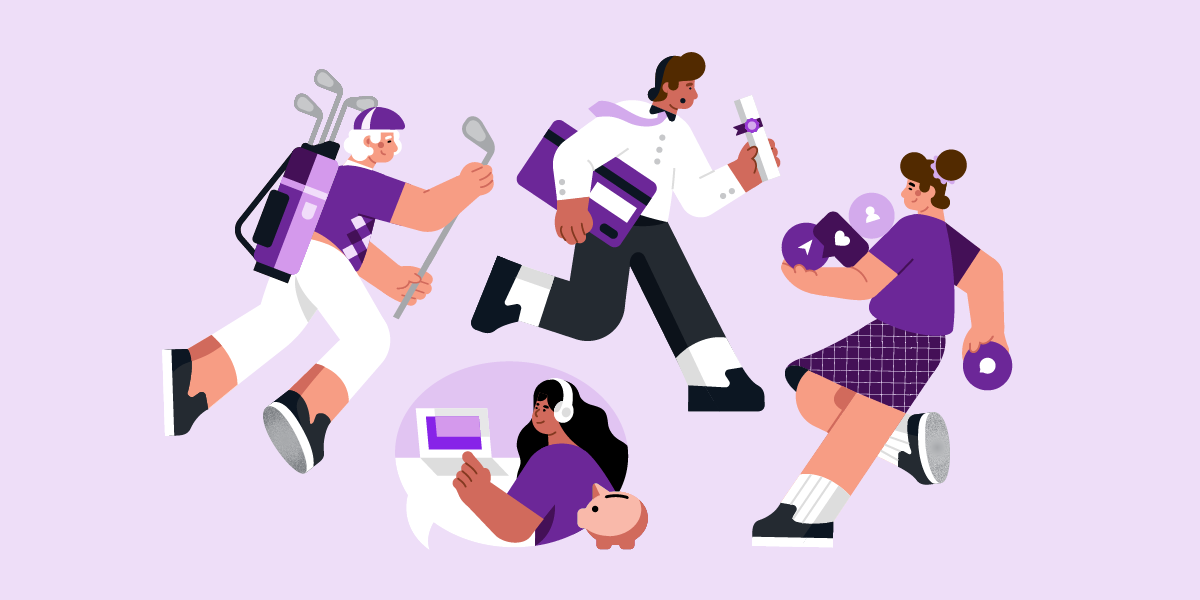 How to Leverage Generational Marketing in Audience Segmentation